Saving Lives One Bag at a Time 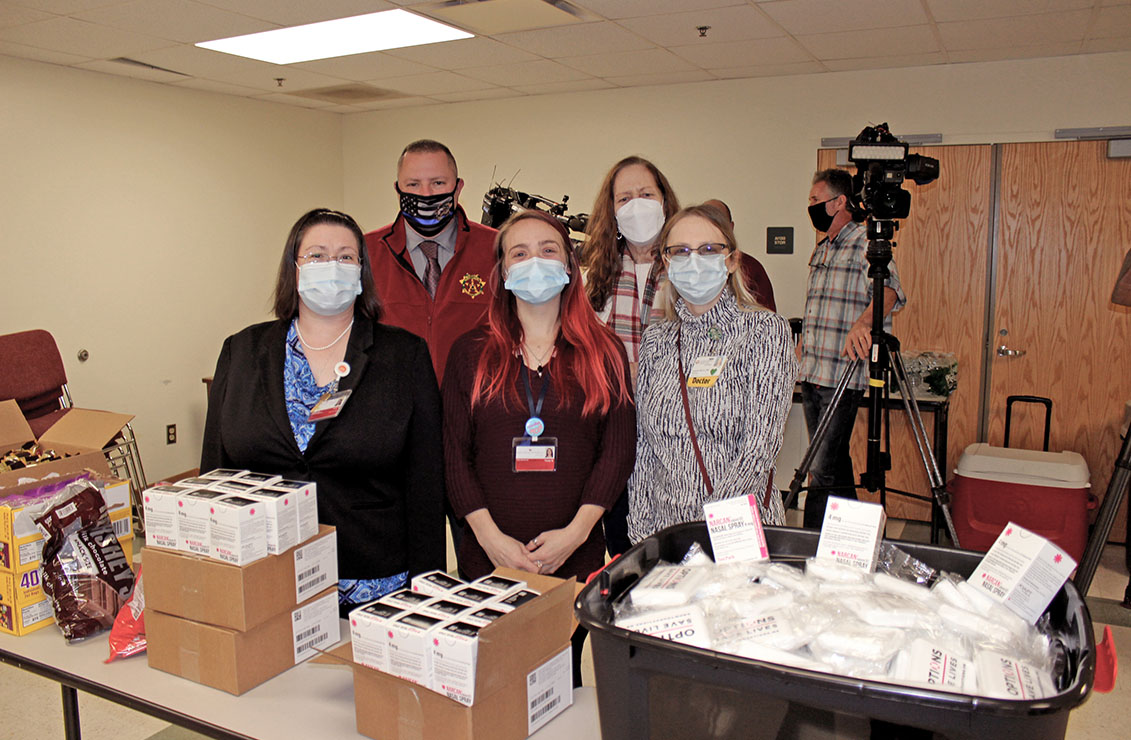 Knowing that Narcan often means the difference between life and death, Southern Maine Health Care’s Jessika Morin, MD, and her colleagues wanted a way to get Narcan — and other harm reduction tools — distributed to a vulnerable population.

“People leaving incarceration are at high risk of overdose,” Dr. Morin said. “Some may revert to the same level of use before jail, but their bodies are no longer tolerant, which can be deadly. Illicit substances are much more lethal now, given how common Fentanyl is in the drug supply. Fentanyl is up to 100 times more potent than morphine.”

Major Nathan Thayer, York County Jail administrator and a long-time advocate of Medication Assisted Treatment (MAT), quickly jumped on board with a plan to distribute “release bags” to individuals upon discharge.

“A group of people gather to put together the release bags, and then they are distributed as a standard practice to all residents leaving the jail,” Thayer said. “This collaboration feels so good because it’s something we can do within the jail and impact the community. Even if the person doesn’t have opioid use disorder, they may know someone who does. The goal is to flood the community with Narcan.”

people died from a drug overdose in Maine.

These tools are essential to share with friends and family because returning to drug use is a real possibility during someone’s journey in recovery.

The Fentanyl test strips save lives, too.

“It’s really scary how pervasive Fentanyl has become,” stated Dr. Morin. “If a person is going to choose to use, we want them to at least be as safe as they can. Using the strips is a way to avoid potential overdose. If they can confirm that a substance contains Fentanyl, they’re less likely to ingest the amount they might normally have.”

Grant Project Director Jean Bessette noted that the response to the opioid crisis more deliberately incorporates a harm reduction approach for people with substance use disorder. This project means so much to her because it’s a chance to support those struggling with this problem.

“Let’s work to keep people as healthy as possible because if they’re alive, they can get help. We don’t want anyone to die.”

This program is funded by a three-year, $1 million grant received by MaineHealth from the Health Resources & Services Administration (HRSA). A special thank you to York County Sheriff Bill King for his support of this project. 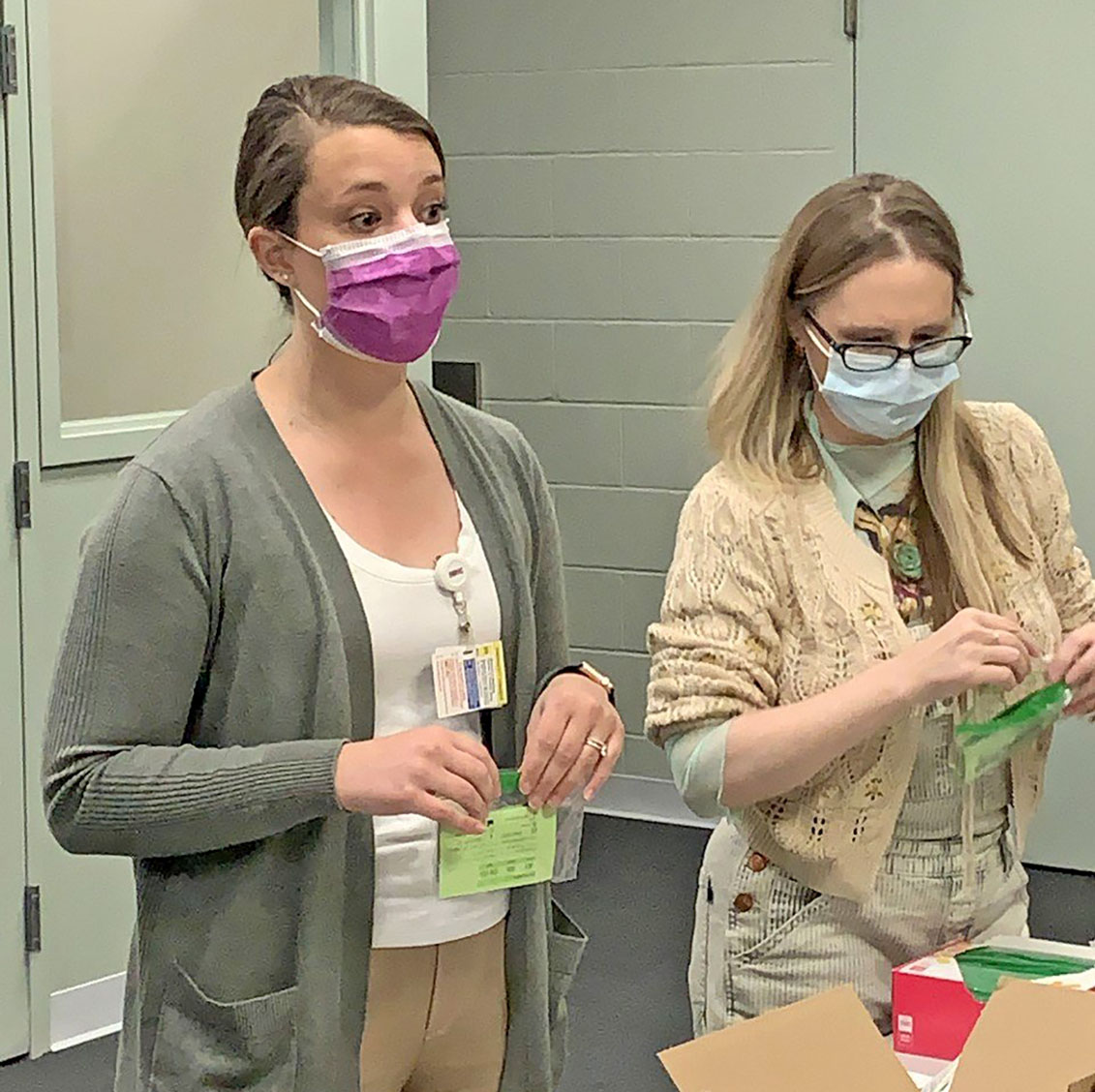 Grant Project Coordinator Josephine Serrentino (left) prepares bag contents with Dr. Morin (right). Serrentino serves as the “go to” person for organizing all of the supplies needed for the bags.

The release bags represent a collaborative effort between MaineHealth, the York County Sheriff’s office, and several community and law enforcement agencies. Our thanks to the following partners:

Working together so our communities are the healthiest in America.

Working together so our communities are the healthiest in America.